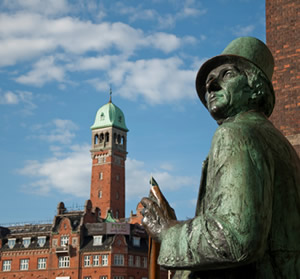 At the age of 13, young Hans Christian Andersen is the first commoner ever chosen by the King of Denmark to study at the Royal Academy. But faced with the task of leaving his provincial family behind, he is dreading the experience.  Upon arrival in Copenhagen he is quickly swept away in a dazzling world of new characters, challenges, and friends that ignite his inspiration for some of the world’s most famous stories such as “The Little Mermaid,” “The Ugly Duckling,” “The Emperor’s New Clothes” and more.

Directed by Rives Collins and based on the life and imagination of Hans Christian Andersen, this brand new musical, which features a score by legendary Broadway composer Frank Loesser and an original libretto by Timothy Allen McDonald, follows the inspiring coming of age journey of a young penniless storyteller who would ultimately become one of the most celebrated writers of all time.

Just as his stories have inspired countless generations, young and old alike, this enchanting summer production is recommended for all ages.

Estimated Running Time: 1 hour and 15 minutes, with no intermission. 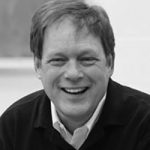 RIVES COLLINS (Director) was honored with a Charles Deering McCormick Professor of Teaching Excellence at Northwestern University, where he has taught in the Department of Theatre for the past thirty years.  An acclaimed professional storyteller (ORACLE AWARD, National Storytelling Network), he works with full faith that planting stories in the world is a bit like the work Johnny Appleseed once did.  He is the co-author with Pamela Cooper of The Power of Story: Teaching Through Storytelling, proclaiming that, “Storytelling is at the heart of everything I do.”  In addition, Collins is head of the Theatre for Young Audiences program at Northwestern (JOHNNY SALDAÑA OUTSTANDING PROFESSOR OF THEATRE EDUCATION, American Alliance for Theatre and Education), and is an active professional stage director, specializing in the development of new work. He is an Associate Artist at Adventure Stage Chicago of the Northwestern Settlement House, an organization working to disrupt generational cycles of poverty, where he has recently directed two world-premiere plays, both written by Northwestern Alum Tom Arvetis. Also, he recently directed two world-premiere productions at the John F. Kennedy Center for the Performing Arts, both written by Northwestern colleague Laura Schellhardt. As an active member and past president of the American Alliance for Theatre and Education, and as a current board member of the Children’s Theatre Foundation of America, he works with an international community of artists, educators, and scholars to champion the cause of drama and theatre in the lives of young people. 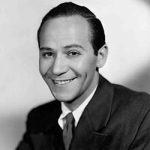 FRANK LOESSER (Music and Lyrics) was an American songwriter who wrote the lyrics and music to the Broadway musicals GUYS AND DOLLS and HOW TO SUCCEED IN BUSINESS WITHOUT REALLY TRYING, among others. He won separate Tony Awards for the music and lyrics in both shows, as well as sharing the Pulitzer Prize for Drama for the latter. He also wrote numerous songs for films and Tin Pan Alley, many of which have become standards, and was nominated for five Academy Awards for best song, winning once, for “Baby, It’s Cold Outside”. 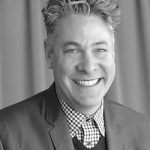 OPENING FAMILY DAY CELEBRATION!
SAT, JULY 13 at 11AM & 2PM
All tickets are just $12
Danish Folk Dance Lesson #1: 12:20 – 12:40PM
Storytime & Sing-a-long:  12:45 – 1:15PM
Danish Folk Dance Lesson #2: 1:20 – 1:40PM
Activities and display materials also available in the lobby before or after the production. The cast will be available briefly for a meet-and-greet after both the 11AM and 2PM performances.  Free ice cream will be provided by Cold Stone Creamery. Available while supplies last.  Serving time TBC, tentatively scheduled for 1PM.

This event was posted in Summerstage by akm344.