The MFA Lab series matches excellent young theatre directors from Northwestern’s MFA program with emerging designers from its partner MFA program in stage design for exciting and unexpected collaborations. These artists are the next wave, given the freedom to create together on bold, risk-taking productions of plays by today’s most groundbreaking writers.

On a cross-country trip from New York to the west coast, Vince and his girlfriend Shelly decide to make a stop at his grandparents’ rural Illinois home. But when they arrive, neither his grandparents, Dodge and Halie, nor his father Tilden and Uncle Bradley seem to recognize or remember him. As Vince searches for answers, truths begin to emerge that reveal a deep corrosion of this fragmented family living in a forgotten America.  This Pulitzer Prize for Drama winner authored by Sam Shepard is directed by Ji Won Jeon. 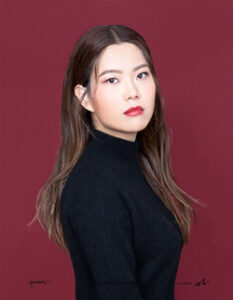 Ji Won Jeon (she/her) is a theatre director from South Korea working internationally. She believes in the power of theatre and storytelling to jumpstart conversations that challenge and move us outside our comfort zones. She firmly believes that the stories we tell about ourselves are formative of who we become as individual, community, and society. Her work is therefore centered around the idea of bringing individual and collective cultural history together that makes us who we are today and allows us to move forward. She holds a BA in Theatre and Visual and Performing Arts Studies from University of Southern California and is currently in her third year of the MFA in Directing program at Northwestern University. Previously at Northwestern, she directed Polaroid Stories by Naomi Iizuka, and her other favorite directing credits include Armstrong’s Moon, Ubu Roi Project, The History Boys, No Exit, and The Pillowman.