When her father dies unexpectedly, graphic novelist Alison dives deep into her past to tell the story of the volatile, brilliant, one-of-a-kind man whose temperament and secrets defined her family and her life. Moving between past and present, Alison relives her unique childhood playing at the family’s Bechdel Funeral Home, her growing understanding of her own sexuality, and the looming, unanswerable questions about her father’s hidden desires. A Tony Award winner for “Best Musical,” FUN HOME is a refreshingly honest, wholly original musical about seeing your parents through grown-up eyes. 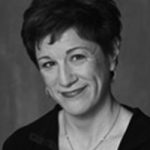 LISA KRON (Book & Lyrics) is a writer and performer whose work has been widely produced in New York, regionally, and internationally. Her plays include WELL, 2.5 MINUTE RIDE, and THE VER**ZON PLAY. She wrote the book and lyrics for the musical FUN HOME (with music by composer Jeanine Tesori), winner of five 2015 Tony Awards including Best Musical. Lisa and Jeanine were the first all-woman team to ever receive a Tony for best score. As an actor Lisa was most recently seen as Mrs. Mi-Tzu and Mrs. Yang in the Foundry Theater’s acclaimed production of GOOD PERSON OF SZECHUAN (Lortel Award, Outstanding Featured Actress). Honors include a Guggenheim fellowship, a Doris Duke Performing Artists Award, and the Cal Arts/Alpert Award. She is a proud founding member of the OBIE- and Bessie-Award-winning collaborative theater company The Five Lesbian Brothers. Lisa currently serves as Secretary of the Dramatists Guild Council and on the boards of the McDowell Colony and the Lilly Awards. 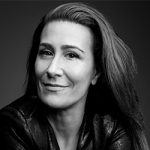 JEANINE TESORI (Music) has written a diverse catalog for Broadway, Opera, film and television. Her Broadway musicals include: FUN HOME (2015 Tony Award Winner, Pulitzer finalist); VIOLET; CAROLINE, OR CHANGE; SHREK: THE MUSICAL; THOROUGHLY MODERN MILLIE; TWELFTH NIGHT (LCT); John Guare’s A FREE MAN OF COLOR. Delacorte: MOTHER COURAGE (starring Meryl Streep). She has received five Tony nominations, three Obie Awards and three Drama Desk Awards. The hallmarks of her work have been described as “close-to-the-surface emotion, structural rigor and rhythmic drive”. Her operas include: THE LION, THE UNICORN AND ME; BLIZZARD ON MARBLEHEAD NECK (MET/LCT Opera/Theater and Glimmerglass Opera commission); and a collaboration with Tazewell Thompson, BLUE commissioned for Glimmerglass Opera company. Jeanine Tesori became the founding Artistic Director of a new concert series at New York City Center called Encores! Off-Center for which she has helmed seasons joined by artists such as Stephen Sondheim, Lin Manuel-Miranda, Randy Newman, William Finn, Alan Menken, Renee Elise Goldsberry, Sutton Foster and Jonathan Groff. After producing four seasons of Off-Center concerts, she took one of those concerts, SUNDAY IN THE PARK WITH GEORGE (starring Jake Gyllenhaal) to Broadway where she produced the 2017 revival, with ATG and Riva Marker. A lecturer in music at Yale and on faculty at Columbia University, Tesori has spoken and taught at universities and programs all over the country. She is the founding Creative Director of the non-profit A BroaderWay, an arts empowerment program for young women. She was given the Einhorn Mentorship Award by Primary Stages for her exceptional work with young artists. 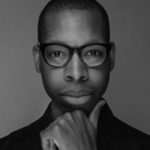 ROGER ELLIS (Director) is a theatre artist whose work encompasses directing, choreography, dramaturgy, new works development, and teaching. His creative practice centers on physically driven, inclusive, and transformational theatrical experiences. He recently worked as movement director on the Atlanta premiere of The Curious Incident of the Dog in the Night-Time at Horizon Theatre Company. He is the director of Nikki Lynette’s Get Out Alive, which will be featured in Steppenwolf Theatre’s LookOut Series in January 2020. He has worked in New York, Atlanta, Chicago, and across the United States with Sacramento Music Circus, Paramount Theatre, Lyric Theatre of Oklahoma, Pace University, Marymount Manhattan College, Tuacahn Center for the Arts, San Diego Repertory, The American Music Theatre Project, and Gallery Players Brooklyn, among others. His directing credits include Parade, A Little Night Music, The Wild Party (LaChiusa/Wolfe), The Light in the Piazza (Associate Director/ Movement Coach), A Year with Frog and Toad, Maverick (Associate Director/Choreographer), and the NY premiere of Laura Pittenger’s Thou Shalt Not. He is the 2019 recipient of the Earl Gister Fellowship and holds a Master of Fine Arts degree in Musical Theatre from San Diego State University. Roger is a proud member of Actors’ Equity Association and the Stage Directors and Choreographers Society (Associate).