An all-powerful ruler, a skeptical public, and noble, but perhaps sinister ambition. Witness a new staging of Shakespeare’s great tragedy in which a group of people go to extremes to remove a leader with devastating consequences. 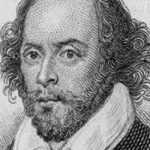 William Shakespeare wrote a total of 37 plays revolving around several main themes: histories, tragedies, comedies and tragicomedies. Plays include ROMEO AND JULIET, HENRY VI (PARTS I, II AND III), RICHARD II, HENRY V, JULIUS CAESAR, A MIDSUMMER NIGHT’S DREAM, MERCHANT OF VENICE, MUCH ADO ABOUT NOTHING, AS YOU LIKE IT, TITUS ANDRONICUS, THE COMEDY OF ERRORS, THE TWO GENTLEMEN OF VERONA, THE TAMING OF THE SHREW, LOVE’S LABOUR’S LOST, KING JOHN, THE MERRY WIVES OF WINDSOR, HAMLET, OTHELLO, KING LEAR, MACBETH, CYMBELINE, THE WINTER’S TALE, THE TEMPEST, ALL’S WELL THAT ENDS WELL, MEASURE FOR MEASURE, TIMON OF ATHENS, CORIOLANUS, PERICLES and HENRY VIII.

Danielle Roos (Director) is a theatre maker and director currently pursuing her MFA in Directing at Northwestern University. She is the founder of Yellow Rose Productions and co-founder of the Henley Rose Playwright Competition for Women. Danielle was one of the writers for PRINCESS CUT: A YOUNG GIRL’S REALITY INSIDE A TENNESSEE SEX RING. She directed and produced the play for the New York International Fringe Festival and a series of performances around the Southeast United States. Previously at Northwestern, Danielle directed WOYZECK by Georg Büchner. Other favorite directing credits include FICTION and ALL IN THE TIMING (Yellow Rose Productions), MACHINAL and THE LARAMIE PROJECT (Dordt College Theatre) and Assistant Directing for Jessica Thebus on BOOK OF WILL at Northlight Theatre and Robin Witt on A NUMBER at Writers Theatre.