A young working woman following the rituals that society expects of her is left feeling unfulfilled and resistant. Looking for a way out from society and her sordid marriage, the young woman begins to find her freedom, but with life changing consequences. Inspired by the real-life case of convicted and executed murderer Ruth Snyder, this 1928 play is considered one of the highpoints of Expressionist Theatre on the American stage and is reimagined for a 21st century audience in an electrifying new staging.

Running time is approximately 1 hour and 40 minutes without an intermission. 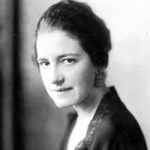 SOPHIE TREADWELL (Playwright, 1885 – 1970) was a writer, playwright, journalist, women’s rights advocate, and novelist. Her foray into the theatre began as an actress in vaudeville and included early mentoring by the famed Polish actress Helena Modjeska. Author of forty plays, Treadwell was one of only a few women dramatists who also directed and produced many of her own works. She is best known for her play MACHINAl, inspired by the real life case of convicted and executed murderer Ruth Snyder. MACHINAL premiered on the Plymouth theatre on Broadway, NYC, on Sept 7, 1928, and is considered one of the centerpieces of Expressionist theatre on the American stage. The cast included a young Clark Gable. In 1954 the Robert Montgomery Presents series staged MACHINAl directed by Perry Lafferty, with Joan Lorring in the lead. Six years later, in 1960, Philip Saville directed MACHINAL, with Joanna Dunham as “Helen” for the television production series – The Armchair Mystery Theatre. Two other plays of Sophie Treadwell was also produced for television. She was married to a fellow journalist, the renowned sportswriter William O. McGeehan. (Source: imdb.com) 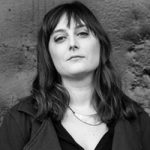 JACLYN BISKUP (Director) is a director and producer working in theatre, television, and film. She is the recipient of an Emmy and Peabody nomination for her work on the digital series, THE SECRET LIFE OF MUSLIMS and currently works as an associate producer at New Ohio Theatre. She was the assistant to Tony Award winning director Anna Shapiro on the Broadway debut of STRAIGHT WHITE MEN (Young Jean Lee) for Second Stage at the Helen Hayes.  Her work in the theatre spans nearly two decades. As the founding artistic director of The Mill, she has directed and produced over 20 productions including the Chicago premieres of VENUS (Suzan-Lori Parks) and THE PRIVATE OF LIVES OF ESKIMOS (OR 16 WORDS FOR SNOW) (Ken Urban.) In NYC, work directed includes WORSE THAN TIGERS (Mark Christler), NICHOLAS, MAEVE, MARIANNE (Matthew Stephen Smith) — one of Indie Theatre Now’s 20 Best of NYC Fringe, HOT STEAMS (Zach Wegner), and IT’S JUST WEIRD NOW (Halley Feiffer) DAYS OF RAGE (Hyeyoung Kim and Shoshana Greenberg.) Her work has been seen at New Ohio Theatre, MCC, Rattlestick, Dixon Place, Town Stages, and the NYC International Fringe. She has assisted on productions at Steppenwolf, The Public, and The American Musical Theatre Workshop.  She has worked on digital projects for PBS NOVA, Delta Air Lines, Caltech, Harvard, and others and holds a BA in Theater from Northern Illinois University and an MFA in Directing and Theatrical Production from Northwestern University.