A modern twist on Macbeth, Peerless follows M & L, twins who are determined to gain admission to The College. When they discover someone else has been awarded “their” spot, the twins decide to resort to alternative methods to get what they want and let nothing stand in their way. This shocking play provides a wildly satirical look at academia, teenagers and race, and confronts the cut-throat world of college admissions as well as the extremes to which people will go to succeed.

Running Time: 90 minutes with no Intermission 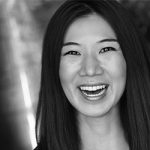 SARAH GITENSTEIN (Director) is thrilled to be a third year MFA Directing Candidate at Northwestern. At Northwestern she has directed TEA AND SYMPATHY and THE WOLVES.  Sarah hails from Washington, DC, is a graduate of Kenyon College (cum laude) and has spent the last 14 years working as a director and performer in Chicago. Chicago directing credits include work at Court Theatre (Assistant Director HARVEY), American Theatre Company (Director, Big Shoulders Festival, Assistant Director THE HUMANS), A Red Orchid Theatre (SICK BY SEVEN), Curious Theatre and The Gift Theatre (TEN). Sarah is an ensemble member of The New Colony, where she directed KATE AND SAM ARE NOT BREAKING UP (Jeff Nomination-New Work) and the Off-Broadway, national tour and commercial run of 5 LESBIANS EATING A QUICHE (Winner Best Production 2012 New York International Fringe Festival). www.sarahgitenstein.com