The frivolously fashionable Emperor and his opinionated daughter Sam just can’t get along. But with the help of some fun new characters and colorful new threads, the two come to see themselves—and appreciate each other—for the first time. This new family musical based on the classic Hans Christian Andersen fairy tale promises to shows us that it’s not the clothes that make the person, it’s what’s inside that matters the most.

Suggested Ages: 7yrs and Up
Running Time: 80 minutes with no Intermission

Workshops are SOLD OUT.
Artists 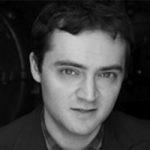 ALAN SCHMUCKLER (Music and Lyrics) is a musical theater artist whose work includes writing, performing and music directing.  In addition to work for the live stage, Alan has also created work for television, podcasts and digital formats.  His work has been performed across the US and internationally. He is the composer/lyricist of DIARY OF A WIMPY KID (with Michael Mahler, book by Kevin Del Aguila; world premiere, produced by Kevin McCollum, Fox Stage, and Children’s Theatre Company); THE SECRET OF MY SUCCESS (with Mahler, book by Gordon Greenberg and Steve Rosen; NBC/Universal); WAIT WAIT DON’T KILL ME (book by Dave Holstein; Wondery Media Network; Flea Theater; Webby Award & International Audio Fiction Award); musical pilot BOYFRED (with Mahler, Blake Silver and Jarrod Zimmerman; Shoe Money Productions/Sony TV/ABC TV); THE EMPEROR’S NEW CLOTHES (book by Holstein; Chicago Shakespeare Theater); HOW CAN YOU RUN WITH A SHELL ON YOUR BACK? (with Mahler; CST); DAYS LIKE TODAY (book by Laura Eason; Writers Theater); and digital choose-your-own-adventure musical MY LITTLE RED GREEN COAT (with Holstein; www.mylittleredgreencoat.com). In development: A SHORT HISTORY OF WOMEN (developed with and adapted from the novel by Kate Walbert); commissions from Chicago Shakespeare Theater and Writers Theater. Alan is a 2018 Kleban Prize winner.  He is a three-time Jeff nominee and his work is published by R&H.Proud graduate, Northwestern University. 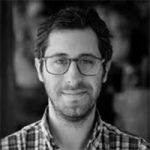 DAVE HOLSTEIN (Book) is currently the writer/creator of Showtime’s 2018 dramedy series KIDDING, starring Jim Carrey and Catherine Keener and directed by Michel Gondry. Before that he was a writer/executive producer on the Showtime drama I’M DYING UP HERE starring Melissa Leo and HBO’s comedy series THE BRINK, starring Tim Robbins and Jack Black. He was also a writer/producer on the final season FOX’s RAISING HOPE and before that spent six years as a writer/producer on Showtime’s WEEDS. He has written episodes for the Syfy horror anthology CREEPSHOW and TeenNick’s groundbreaking series GIGANTIC. He has also developed pilots for Comedy Central, Showtime, CBS and FOX, as well as feature films for Universal Pictures. As a playwright, Dave’s work has been performed in Edinburgh, Sydney, New York, Chicago and elsewhere. His musical adaptation of THE EMPEROR’S NEW CLOTHES (with Alan Schmuckler) for the Tony-winning Chicago Shakespeare Theatre received a National Alliance for Musical Theater grant and is published with Rodgers and Hammerstein Theatricals. His podcast musical WAIT WAIT DON’T KILL ME (also with Alan Schmuckler) received the Sarah Lawrence International Award for Audio Fiction, as well as a 2017 Webby Award. Dave was also a 2014 attendee of the Johnny Mercer Writers Colony at Goodspeed Musicals. He is a graduate of Northwestern University. 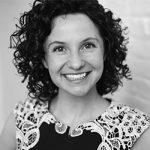