Full-Time NU Students $6 in advance, $10 at the door
A per ticket service charge will be added to all online ($3 per ticket), phone ($2 per ticket)

Buy your FLEXPASS for six admissions now!
General Public $115
Full-Time NU Students $33
A service charge of $5 each will be added to all purchases.

Named one of The New York Times’ best shows of 2017, this ravishing new musical adaptation of Shakespeare’s play is an immersive dream-like tale of faithful friends, feuding families, and lovers in disguise. Forced from their homes, Orlando, Duke Senior, his daughter Rosalind, and niece Celia, are banished to the Forest of Arden, a fantastical place full of chance encounters and self-discovery where all are welcomed and embraced. Lost amidst the trees, the refugees find acceptance under the stars in this open-hearted celebration of the healing power of community. 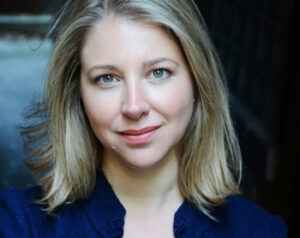 Jessica Fisch is director, educator, and creator based in Chicago. She is dedicated to the creation of new plays, original content and bold reinterpretations of classic texts. She has had the privilege of working on and developing work across the country with companies such as Actors Theatre of Louisville, Goodman Theatre, Steppenwolf Theatre, Victory Gardens, Writers Theatre, Northlight Theatre, Rivendell Theatre Ensemble, Williamstown Theatre Festival, Drury Lane Theatre, Windy City Playhouse, Playwrights’ Center Minneapolis, Playwrights Realm NYC, Public Theater’s Emerging Writer’s Group, and Ensemble Studio Theatre’s Youngbloods, among many more. Productions she has directed have twice been named to the Chicago Tribune’s “10 Best Shows in Chicago” list (Cry it Out and Every Brilliant Thing), and one of her productions was named to the Chicago Sun-Times “Decade’s Best” list for the 2010s (Every Brilliant Thing). In addition to her theatre work, Jessica, with her co-creator Grace McLeod, is the co-writer and co-director of the original scripted podcast series Two Truths and a Lie which is in development with creative producer Temple Hill Entertainment and Picturestart. Jessica is a proud member of the Stage Directors and Choreographers Society (SDC) and a mom to two awesome kids. More info and upcoming projects: jessicafisch.com