General Public $30
Senior Citizens $27
NU Faculty Staff $25
Full-Time Students $12
Full-Time NU Students $6 in advance, $10 at the door
A per ticket service charge will be added to all online ($3 per ticket), phone ($2 per ticket)

As a girl, Violet was struck by a wayward axe blade when her father was chopping wood, leaving her with a visible scar across her face. With enough money finally saved, she’s traveling across the Deep South in 1964 towards a miracle – the healing touch of a TV evangelist who will make her beautiful. Along the way, a chance encounter with a young Black soldier forces Violet to confront the ugliness of racism and the possibility for true transformation and self-acceptance.

Winner of the Drama Critics’ Circle Award and Lucille Lortel Award for Best Musical when it premiered Off-Broadway in 1997, and then on to a Tony-nominated Broadway debut in 2014 with a revised version, Violet is a moving musical featuring show-stopping score from Tony-winning composer Jeanine Tesori (Caroline, or Change; Thoroughly Modern Millie; Shrek; Fun Home). 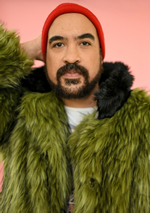